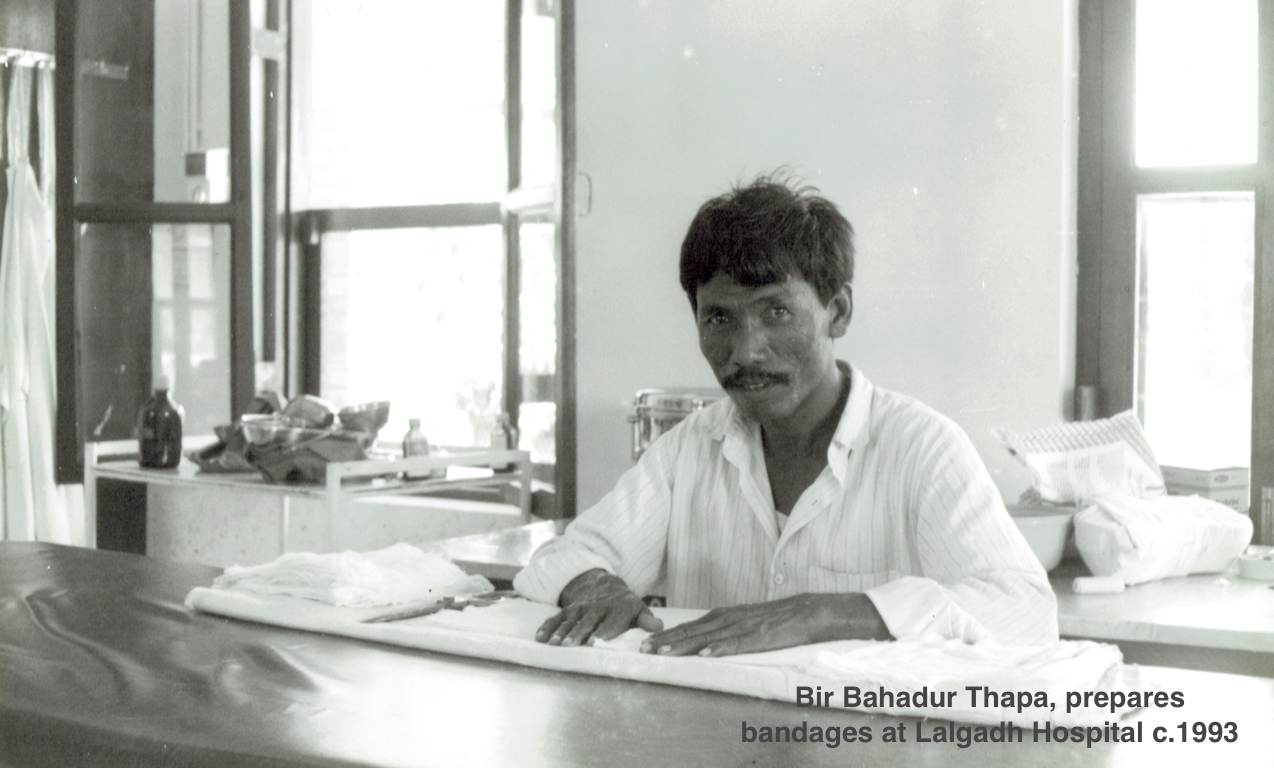 Before the 1950s Nepal was almost entirely closed to foreigners. Eileen travelled to Nepal in 1953, joining two medical missionaries, Dr Lily O’Hanlon from England and Hilda Steele from Ireland, who founded Shining Hospital in Pokhara.

Moved by the terrible suffering of those affected by leprosy, Eileen established Green Pastures Leprosy Hospital in Pokhara in 1957 and became its superintendent until the late 1960s. These three intrepid women provided the first western style medical care in Pokhara.  Read more

Map of Nepal showing the location of NLT’s Lalgadh Leprosy Hospital and Service Centre. See the hospital’s website at www.nepal_leprosy.com .

The top image shows Bir Bahadur Thapa working in Lalgadh Leprosy Hospital, circa 1993, you can read a brief update on him here.

This website uses cookies to improve your experience while you navigate through the website. Out of these, the cookies that are categorized as necessary are stored on your browser as they are essential for the working of basic functionalities of the website. We also use third-party cookies that help us analyze and understand how you use this website. These cookies will be stored in your browser only with your consent. You also have the option to opt-out of these cookies. But opting out of some of these cookies may affect your browsing experience.
Necessary Always Enabled

Any cookies that may not be particularly necessary for the website to function and is used specifically to collect user personal data via analytics, ads, other embedded contents are termed as non-necessary cookies. It is mandatory to procure user consent prior to running these cookies on your website.